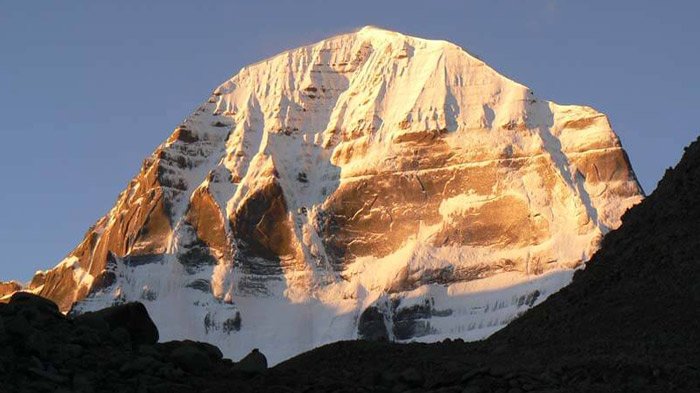 Kailash Mansarovar: The mysterious: The Adventurous  – A Pilgrimage Delight

The home for the stunningly beautiful natural landscape, Kailash Mansarovar is appreciated as the most significant spiritual pilgrimage in the world. It is one of the holiest places for Hindu, Buddhist, Jain and Bon religion. At an altitude of 6638 m, Mount Kailash is located at Tibet, the autonomous region of China, blessing and welcoming the backpacker with its natural diversity. Lake Mansarovar formed from the glaciers of Mount Kailash is another major attraction of the area.

The journey starts from Kathmandu, the capital of Nepal. At the first day on arrival in Kathmandu, most people visit Pashupatinath temple, Boudhanath temple, Swyambhunath Temple, Basantapur durbar square and Thamel (a tourist hub). Then next day from Kathmandu people flies to Lasha of Tibet on a mountain flight. At Lasha, people can explore the Potala Palace, Jokhang Temple, Barkhor Street, Drepung Monastery, Sera Monastery. Due to which it has been the most desired destination by tourist in the region. From Lasha, the trail leads to Gyantse. On the way to Gyantse, people pass Khamba-la Pass. A beautiful view of Mt Nojin Kangtsang (7191m) can also be seen waving people from a far distance. Then from Gyantse people headed to Shigatse. From Shigatse leaving Tingri people headed to Rongphu. From Rongphu people drive to EBC. Residing at EBC, the very next day people led to Saga. People stay at Saga. Then Next day from saga 7 to 8 hours of drive will take people to Mansarovar Lake. Mansarovar lake is a beautiful freshwater lake formed from the glacier of mount Kailash. It has both natural and spiritual significance for people. People worship, take a bath, splash water on their head, do circumambulation, and even take some water back to their home. It is a religious destination for Hindu, Buddhist, Bon and Jain religion. The beautiful pasture land nearby, the beautiful panoramic view of Mount Kailash, up to climbing hills, mountains, Tibetan culture, yak are the prominent eye-catcher of the area. Then from Mansarovar lake crossing the beautiful Tibetan plateau, people arrive at Darchen which is at an altitude of 4600 m. People camp at Darchen. Then next day people leave Darchen, crossing the highly challenging and adventurous height on foot, pony or domestic yak. On the following day, people visit Yam Dwar, which is the starting point of Kailash Kora (meaning Clockwise Circumambulation in the Tibetan language). People reach to Dirapuk from yam Dwar, and it is the North face of Mount Kailash. Then from Dirapuk people trek to dolma la pass and then visits Zuthulpuk. It is the most difficult and challenging part of the kora. The way will then incline downhill viewing Gauri Kund in the distance. The 52 km long path of mount Kailash took 15 hours to complete the entire trek for a fast walking person. At least four weeks of the exhausting journey is required to accomplish this trail. The trail, as mentioned, is most adventurous and takes long days to accomplish. There are other short routes also available for the trek. The glance of some other path is mentioned below.

From Kathmandu to Syabrubesi, From Syabrubesi to Kerung then to and Saga. From Saga drive to Lake Manasarover. From Mansarovar to Darchen. Later from Darchen to Dirapuk to Zuthulphuk. Then back to Kathmandu via the same route.

From Kathmandu fly to Nepalgunj – Simikot – Hilsa . Then from Taklakot  by Helicopter directly to Kailash Mansarovar and return to Kathmandu.

Fly to Lhasa or Arrival Lhasa and Go To the Mount Kailash Manasoravar. This Trip to make the route as mentioned above short. The mountain flight on the plane is an unusual and extraordinary experience.

Also Have a Look:  Mount Kailash Mansarovar Tour From Lhasa

Also Have a Look:  19 Days Mount Kailash and Everest Base Camp Trek

Kailash Mansarovar trail is full of excitement, enthusiasm, and loyalty. Each step we take toward the destination to Kailash Mansarovar is a cultural, natural, and spiritual enigma. The major attractions of the region are as follows:

The most renowned spiritual event of Kailash Mansarovar is the Kailash Mansarovar yatra. It is a long high altitude journey, in an attempt to the cessation of all suffering and to attain the higher consciousness of self. The trail is full of adventure that demands a high endurance to cross the climbing landscape. Also, at the same time provides an ecstasy with hidden natural treasure accompanying rambler all along the journey. The exact date of starting of Kailash Mansarovar yatra is not known. Various religious sects have their stance on it, but it is continuing from the time immemorial.

Kailash parikrama meaning a circumambulation of Kailash Parbat. It is one of the most adventurous and breath increasing parts of the pilgrimage. Mount Kailash is believed to be the adobe of Lord Shiva and Parvati.  The parikrama is considered as the reverence to God and will fulfill the holy wish of pilgrims.

The 32 miles Kora (meaning Clockwise Circumambulation in the Tibetan language) takes about three days to accomplish. The kora is an exciting experience of a lifetime. Trekking through the rough terrain, thin air, orbit round all the different faces of Mount Kailash is the mesmerizing features of the kora. The landscape through the kora is a fullest decoration of the nature that generate a sense of ecstasy to all, with a desire is to be geared to mingle into the highest bliss of life.

Gauri Kunda is the epic Kunda described in the holy books of Hindu. Steeping downwards from dolma on the way lies Gauri Kunda on the right. The Gauri Kunda is associated with Parbati, the wife of lord shiva, who is also known as Gauri. Gauri Kunda is the lake of compassion and bliss. It is a beautiful blue lake at the height of 5608 M. People who goes for Kailash tour visits Gauri Kunda.

The vista of the mountain terrain and vivid natural vegetation is a sight beholder of the trajectory. It is also famous for hot water springs. At Gauri Kunda people bath and splash water on their head.  It is believed that the water will purify them and bestow benediction to achieve their endeavor. Some other brings water from Gauri Kunda back their home. The water is known as a “Jal,” meaning the sacred water. Gauri Kunda trek serves the appetite of all those who have an eager to learn culture, surf nature, and embrace spirituality.

Located on the Tibetan autonomous region, China, Rakshas Tal lies at an altitude of 4,575 meters. Rakshas Tal means a pound of the demon. It is also one of the major lakes of the region. It is believed in Hindu mythology that the king of devil “Ravan” has done penance to obtain an invincible Superpower from Lord Shiva. In Buddhism, the lake symbolizes the darkness. The lake is connected with Mansarovar through a short river name Ganga Chhu.

It covers a total area of 250 kilometers. Despite its religious annoyance, it is astonishingly beautiful with blue water, pastures land nearby it and the solitude hills neighboring with the lake. There are four islands in Rakshastal, named Topserma (Dose), Dola (the two biggest), Lachato (Nadzhado), and Dosharba.

The landscape around the lake, the blue water, the hills, and its light shadow on the lake gives a feeling of satisfaction, silence, and salvation to everyone.

Pashupatinath Temple is a renowned Hindu shrine in the world. It is located at Kathmandu, the capital of Nepal. People who planned their journey to Kailash Mansarovar from Nepal have added advantage to visit the temple. It is one of the essential mesmerizing monuments within the whole Kailash Mansarovar trip.

Pashupatinath temple is a beautiful, ancient and cultural temple of Lord Shiva. It is built in pagoda architecture. The whole Pashupatinath area is about 264 hectares with many idols, temples, scriptures, rites, rituals of GGod, and goddesses. Pashupatinath, in its literary meaning, implies the master of all creatures.

Visit Pashupatinath is not only a religious domain. It is also a new affiliation to acknowledge oneself to old culture, lifestyle, traditions, values, and beliefs of Nepal.

Kailash Mansarovar is rich in its unique and fabulous Tibetan culture. The region is adorably astonishing for the Tibetan Buddhist and Bon Culture. In Tibetan language, Mount Kailash is named Kangrinboqe, and Lake Mansarovar is named as Mapam Yumtso. Both mean a precious place of god and goddesses. The sites like Darchen, Saga, Kerung, Gyrong on the way to Mount Kailash are just like an open encyclopedia to understand and experience the Tibetan culture and lifestyle. On the way, several monasteries, religious buildings, house, hotels, shops radiate the richness of Tibetan civilization. Tibetan language, Arts, Culture, music, festivals are the best part of the journey. Kailash Mansarovar is thereby the best choice for anyone who wants to mingle themselves with the Tibetan culture, its values, and lifestyle.

Mansarovar lake lies at an altitude of 4,590 m on a lap of Mount Kailas. It is formed by the melting glaciers of Mount Kailash. During the winter season, due to the hard ice on the surface, it is possible to walk on a Mansarovar lake.  Lake Mansarovar has its both religious and natural significance. From the ancient time, it is revered as the holiest lake in religion like Hindu, Buddhist, Bon, and Jain. The water of the lake is perceived as religious. People bath into the lake, splash water on their head and take water back to their home, believing that it cleanse the sin of the previous and present life. It is also believed that the journey fulfills the wishes of people.

It is a round-shaped lake with fresh water. Its circumference is 88 km.  Mansarovar Lake is beautiful with the shadow of Mansarovar floating in it. The landscape near the lake is overwhelming. It is mingled of both natural and spiritual abundance. It is believed that one needs to visit Mansarovar once in a lifetime. The lake is considered to be the source of salvation and point of Shangri-La.

Yam Dwar is another major attraction of the journey. “Yam” meaning “lord of death” and “Dwar,” meaning the “door.” Yam Dwar is, therefore, the gate to the GGod of death. It is a gateway that needs to be passed to reach Mount Kailash, the adobe of lord shiva. As per the Tibetan language, the Yam Dwar is known as “Tarboche.” It is a starting point of circumambulation of Mount Kailash.

Yam Dwar is a majestic place that orients both Tibetan and Hindu Culture. Every year Tibetans dangle a new flag-pole in Tarboche. It is a part of the ceremony that takes place every year in the full moon day of the fourth lunar month. Various events and activities are performed on the day from singing, dancing, and enchanting mantras. Thousands of people arrive for celebrating the ceremonies.

Asthapad is one of the holiest pilgrimages on the way to mount  Kailash. Ashtapad means eight steps which could be either eight giant steps to ascend the mountain or a chain of eight mountain peaks.

It is the place where the first Jain Tirthankara Shri Rishabhadev Bhagwan popularly known as Shri Adinath Bhagwan attained Nirvana (salvation). There are numerous caves in this area, and there is a valley named ‘Muni Valley.’ Many crystal idols shine in the dark. One can go to this mountain range by securing permission from the local Lamas. The place is a boon of nature and a splendid place for seekers of truth.

It lies at an altitude of 4900 m. It is the best place to watch the charismatic view of mount Kailash. In recent years asthapad has become one of the most preferred destinations for tourist. It is visited mostly for a religious purpose, but many also visit for scholarly and travel use.

Climatic information within the region

Hotels and accommodation available can be from 5 stars to budgetary hotels, guest house, lodge, to the homestay. It depends upon the place where people are on the route, and also on the demand of the traveler.