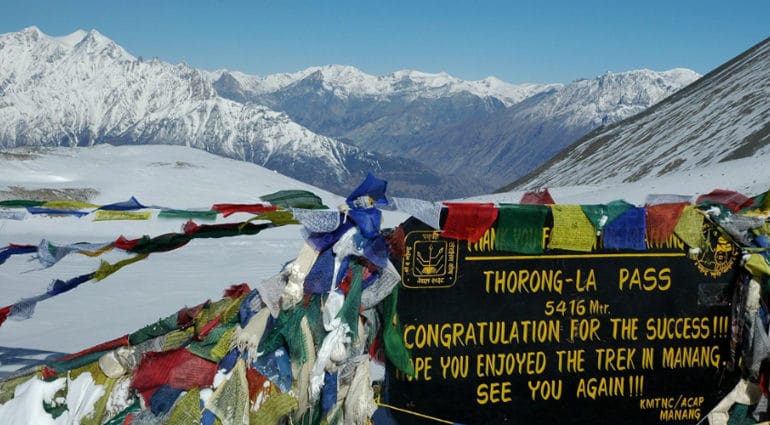 Pokhara is cultural and Natural sightseeing tour into two beautiful cities of Nepal .Pokhara is a nature paradise which Well Nepal Treks has focused in this tour package. Pokhara is beautiful city which is located 200 Km west of Kathmandu Valley.Pokhara Tour package is an easy tour programmed highlighting the cultural and natural beauty of Pokhara and Kathmandu valley and this Kathmandu Pokhara Tour takes you to some of the prime attractions like Phewa Lake and activities, Sunrise, beautiful mountainous vistas, visit into caves or David’s fall, temples, villages and much more.

Pokhara, often called as a piece of heaven, is a beautiful city of Nepal blessed by nature. This 2nd largest city of Nepal which sits 200 Km west of Kathmandu Valley at an elevation of 827 M above the sea level with the total area of 55.22 sq. Km. The beauty of Pokhara valley doesn’t need any description as is speaks itself with surrounding stunning snow capped mountains, lakes, hills and several villages. Its Phewa Lake has been luring both domestic and international travelers from world around. It is the paradise for adventures and recreational activities and also serves as the trekking base into Annapurna Region. Some of the world highest mountains like Dhaulagiri (8168 M), Annapurna 1 (8091 M), Machhapuchhre (6993 M) and Annapurna 4 (7525 M) lies within 30 miles radius of this city.

If you are Travelling Pokhara, Here are the few Place to Visit in Pokhara.

1, Fewa Lake
The beauty of Fewa Lake has been eulogized by many singers, Gandharva, poets, writers, and naturalists. The surrounding environment of Fewa Lake is so rich and vivacious that it has further enhanced the ecstatic beauty of Fewa Lake. Tourists remain mesmerized when they see the image of Mt. Machhapuchhre reflected in the aquamarine water of Fewa Lake.

However, these words, though true, sounds unrealistic today. Tall concrete buildings around the Fewa Lake have reduced its beauty to a large extent. People still wash clothes at its bank; by stealing the eyes, hoteliers and restaurant owners don’t mind throwing rubbish into the lake. As a result, the lake is being polluted from all sides. Over the last two decades or so, regular silt and garbage depositing at the bottom of the lake has reduced its depth considerably. On top, hyacinths have only added more woes to Fewa Lake, making things only bad to worse. These obnoxious weeds do spread rapidly and cover a larger area in no time. All this make impossible to catch a glimpse of Machhapuchhre in the waters in Fewa Lake. This leaves visitors not only disappointed but also cheated; because they have read a lot about the heavenly beauty of Fewa Lake.

This highly adamant water hyacinth was first seen in Fewa Lake in 1990. Soon after then it started spreading rapidly, damaging tourism, fishery, and the natural existence of the lake itself. It creates all kinds of problems by clogging waterways and shipping the passages. It thrives on the water surface and spreads far quickly than we think of. It has the capacity to reduce a huge lake into a marsh only if adequate action is not taken in time. Moreover, dead leaves and roots of hyacinths sunk below and deposit there.

The weed has already posed a serious threat to the existence of Fewa Lake. If concrete action is not taken soon, possibly Fewa Lake might dry up and disappear from our sight in days to come. Fewa Lake has already been reduced to 12 thousand ropani from its original size 20 thousand ropani…reducing 0.18sq. km area every two years. Due to regular silt deposit and hyacinths encroachment, the bank of the lake has turned marsh. Taking the advantage, some unscrupulous local people of the area have started paddy plantation on the encroached land. This is evident that in 1973 the Pardi Dam was broken and much of water of Fewa Lake was released. Taking the benefit, some influential people, most of them are the same people who now shed crocodile’s tears on the plight of Fewa Lake, registered much of the dry land on their names.

Increasing use of chemicals by the local farmers has contaminated Fewa Lake that has posed a serious threat to the existence of several aquatic species. Sometime in the past scores of fishes were found dead in the lake. They did not die because of any diseases, but due to contaminated waters. Laboratory tests did confirm that the water in the lake was laced with some toxic elements. Sad to say that the villagers living nearby the lake have still not stopped using chemicals and pesticides.
2, Tal Barahi Temple
Barahi Temple, also known as Lake Temple or The Barahi Temple is a two story pagoda temple located in the Kaski(Pokhara) District of the Gandaki Zone in western Nepal. Barahi Temple is a hindu temple of the Goddess Durga, the protector of gods

4, Sarangkot
Sarangkot is a beautiful high hill preached above the valley of Pokhara which is situated in the western part of Nepal at an elevation of about 1700 meters. It is very popular for sunrise, sunset and mountain scenery as it provides panoramic views of Annapurna (8091m), Manaslu (8165m), Ganesh Himal (7446m), Dhaulagiri (8167m), Machhapuchhre and 25 other mountains over 6000 meters high. This hiking provides you stunning mountain scenery, Pokhara valley view, and adventurous sports of paragliding with rural tradition, lifestyle and cultures.

Sarangkot is a small but beautiful village sitting on top of hill just 5 KM away i.e. 45 Minutes drive from Lakeside of Pokhara. You will drive to Naudanda and hike through the rural settlements of Brahmins and Chhetri communities to Sarangkot hill. This village is famous for seeing mountainous views, rhododendron forest, sunrise and sunset, and you can see different flying colors of paragliders in the sky. Sarangkot has many guest houses and hotels and local shops to supply you for all your needs. You will get maximum excitement and filled with joy in this Hike as you explore this Kathmandu, Pokhara and Sarangkot Hiking. The best time to march in this hike is in spring and autumn.

Not only this highest peak, but also other 8 of the 14 peaks above the height of eight thousand meters in the world stand tall in Himalayan range of Nepal.

The Himalaya is the source of water resources for billions of people living in the world. Flora and fauna in the Himalayan range is the natural habitat for the thousands of known and unknown species that contribute in maintaining and restructuring the ecosystems of our world, day and night. The little surfaced cultural values of the mountain people, geological mysteries buried underneath; nature’s serene beauty- wonders on its rock- hard and melting surfaces- make the Nepalese proud and people of the world an epicenter for their explorations.

Mountains and mountaineering have a history of their own. Without preserving it, it will not be long before all the records and evidences will be lost forever. Nepal Mountaineering Association (NMA), established on 1 Nov 1973, initiated the establishment of International Mountain Museum (IMM) in Pokhara. The basic objective for its establishment was made to record, document and chronicle the past and present development of mountaineering activities in the world in general and to preserve the saga of the momentous feats in the history of mountaineering in the Himalayan peaks in particular. The foundation stone of IMM was laid on 1 Dec, 1995. The soft opening of IMM took place on 29 May, 2002 where it was officially opened on 5 Feb, 2004.

Nepal’s eight thousand meter high peaks records names of thousands of successful summiteers until now but its history is very young. Mountaineers M. Herzog and Louis Lachenal scaled up Annapurna on 3 June, 1950 and since then the records follow.

Himalayan range of Nepal is not important to the summiteers record holders only but also to the geologists, environmentalists and sociologists as it harbors innumerable mysteries and facts the scientists and geologists are striving hard to dig out.

And all its values and mysteries are showcased in the one and only Mountain Museum in the world – the International Mountain Museum, right at the footsteps of the Himalayan range, in Pokhara, Nepal.

With an objective of maintaining systematic records of the successful eight thousanders, geographic flora and fauna and human activities in the range, the International mountain Museum has been established at the foot step of fishtail peak and gate way to the mountain region. The shape of the museum roof itself resembles mountain skyline to any visitor before entering the museum main gate.
7, Devis Fall
On 31st july 1961 A.D. in the afternoon a sudden flood from Fewa Lake swept away a Swiss citizen Mrs. Devis who was having a bath with her husband beside it. She was flowed and dead.
She was recovered after a long attempt since then. It has been taken its name “Devi’s Fall”
Length : 500 meters underground water flow.
Depth : 100 Feets.
More attractive month : June, July, August and September.
Most people pronounce Devis fall as Davis Fall. Locally known as Patale Chhango.
8, Gupteshore Cave
Gupteshwar Cave is a sacred tourist destination. Gupteshore Cave is around two kilometers away from the Pokhara Airport. A symbolic Shivalinga is preserved in the cave. The cave has divided into two sections. One part of the cave is 40 meters in length with natural caves and the Shivalinga. The entrance is 2 meters high and 3 meters wide. The cave begins with few hall rooms which have many passages. Some of the passages are so small that one needs to crawl. To reach the shrine a thousand stairs have to be climbed. The Shivalinga inside the cave is said to be in the same condition since it was explored. This shrine is said to have certain healing powers. Hence many people visit it once in a year to be healed. The second part begins after this temple. It leads to the Davis Fall. Inside the cave photography is not allowed.
9, Bat Cave (Chamare Gufa)
The Bat Cave which lies just 10 minutes away from Mahendra Cave is a unique cave with thousands of horseshoe bats clinging on the ceiling. The narrow exit door of the cave makes this trip interesting and unforgettable. You will need to squeeze and bend yourself like a snake to get out from the exit door or use the entrance door to come back. It is situated at beautiful Batulechaur village and is just 30 minutes drive from Lakeside Pokhara.
10, Mahendra Cave