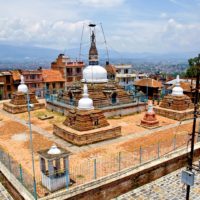 Kirtipur is a hilltop Newari City. The word Kirtipur consist of Kirti (Glory) and Pur (City) which in combined is known as the City of Glory. In the ancient period, this city was in its epitome in culture, trade, industry, and agriculture and had a very good relationship with various near states. Still, this city is entirely different from other Newar cities in the Kathmandu valley because of the isolation from other cities after the Battle of Kirtipur fought during the Unification of Nepal.

If you want to experience the real ancient lifestyle of Newari people then Kirtipur can be the best choice. The isolation of this place can be vividly seen. There are very few restaurants and tourist information center even though it is enriched with cultural and historical assets. The good steps to develop this destination as a tourism destination will help to boost up the economic status of the society and the nation in the long run.