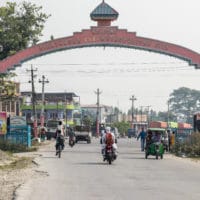 Biratnagar is a metropolitan city in the south of Nepal named after the historical king Birat. Biratnagar is composed of Birat (name of the king) and Nagar mean city as to commemorate the king about his city. The city is considered as the second largest city in Nepal.

The city lies to the southern section of Nepal and the land here is very fertile. Due to which many agricultural industries are established. The city has become the main trading center in between various parts of Nepal and India. The trekker who are going for Kanchenjunga trek, or visit Illam or Dhankutta, they have to start their journey from Biratnagar. You can reach Biratnagar in 40 minutes by flight from Kathmandu or drive 8 hours.